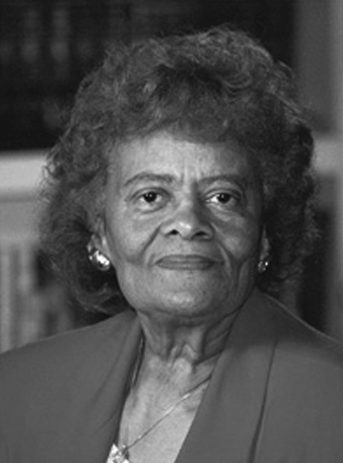 In celebration of International Women’s Day, we wanted to share a little about Dr. Evelyn Boyd Granville. She was an educator and a mathematician. She worked on high-profile projects, including the development of missile fuses and software that analyzes satellite orbits. As an educator, she taught computer programming and numerical language along with other mathematics courses.

Evelyn was born on May 1, in Washington D.C. Growing up in the Great Depression, she often had to work odd jobs, such as a custodian and a chauffeur to help her family make ends meet. Evelyn graduated from her high school class a valedictorian and went on to study at Smith College from 1941-1945 then Yale University from 1945-1949, becoming the second African American Woman to earn a Ph.D. in mathematics.

Throughout most of her career, Evelyn was a professor; working in classroom settings on and off from 1950-1997. At times she left that post to work on other pursuits. In 1956, she started working with IBM, who had been contracted by NASA. This position took her career in a whole new direction where she was able to work with NASA on Project Murcery and Project Apollo. From there she was contacted with North America Aviation before returning to IBM as their senior mathematician. In 1967, she returned to teaching at California State University. From then until 1997, when she retired from teaching for good. She taught at many levels, including teaching elementary school students.

Dr. Evelyn Boyd Granville is an inspirational woman who came from humble beginnings. She proved that socio-economic status, gender, nor race can hold back a truly gifted mind.